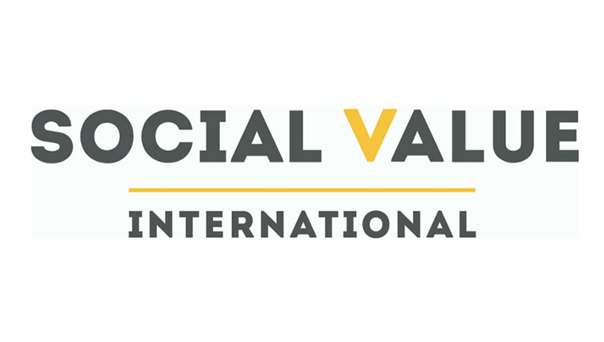 This event was targeted at those interested in accounting for social value, particularly high-level decision-makers in not-for-profit, for-profit and government organisations. Some 90 people attended, and have provided great feedback!

This blog is an adapted version of Ben’s talk at the Conference.

I don’t think it’s fair to say that organisations hold a preference for valuing their worth financially for most, they don’t know that there is an alternative. – this is just the norm.

So, my argument is not about shifting preference to social impact -but I would like to argue that we need to create a new norm – where organisations broadening their concept of value to go beyond financial value. And look to valuing their overall worth not only in financial value but social and environmental value too.

This does not have to be more of a priority than financial value – social impact can be treated equally alongside economic and environmental value they create.

If all three are monetised they can be integrated into the same balance sheet and so we have one calculation of value made up of the triple bottom line, even John Elkington himself (the man who invented the term triple bottom line 25 years ago) wants a product re-call because it should be a single bottom line that integrates all three.

Now this is a radical vision – it would immediately redefine what success looks like?

so, who is responsible for driving the change?

To create a new norm we will all need to take responsibility, this simply won’t work otherwise!

Let’s just remind ourselves – The world is on fire right now!

To be positive, there are many signs that attitudes and values are changing held by society: look at the values of consumers, investors, employees, citizens.

“The increase of wealth is not boundless,” he goes on to say that once we reach a state of ‘stationary condition of capital’ ….

“There would be as much scope as ever for all kinds of mental culture, and moral and social progress; as much room for improving the art of living and much more likelihood of it being improved, when minds ceased to be engrossed by the art of getting on”

So, are we getting to this point? Well, maybe. Here are 3 positives: trends

A (slow) revolution is happening in the world of investment, mainstream capital markets.

A big thing we can all do is focus on our pensions – this is where we can all show that our preferences go beyond financial value.

The Impact Management Project is trying to standardise industry norms for investors about what good impact management looks like. I am proud to say SVI is in this conversation. Alongside OECD, UNDP, World Bank and others.

There is a growing recognition by businesses that a successful commercial organisation is one that is responsible to the environment and people.

The Capitals Coalition is a fantastic initiative creating a space where businesses and policymakers can speak to each other and standardise measurement and reporting.

The Value Balancing Initiative taking the EPL further to integrate social value and experiment with how businesses can manage trade-offs between the capitals.

This was all not happening but 4 years ago.

This is the area that has the furthest to go, but I can point to some examples of brave policy making:

Esela is a network of lawyers developing new thinking about putting impact into more laws. This needs to happen.

Barriers to change must be considered

One final point, the words ‘emergency’ and ‘urgency’ are the right rhetoric, but that needs to backed up by action. We’re truly running out of time.