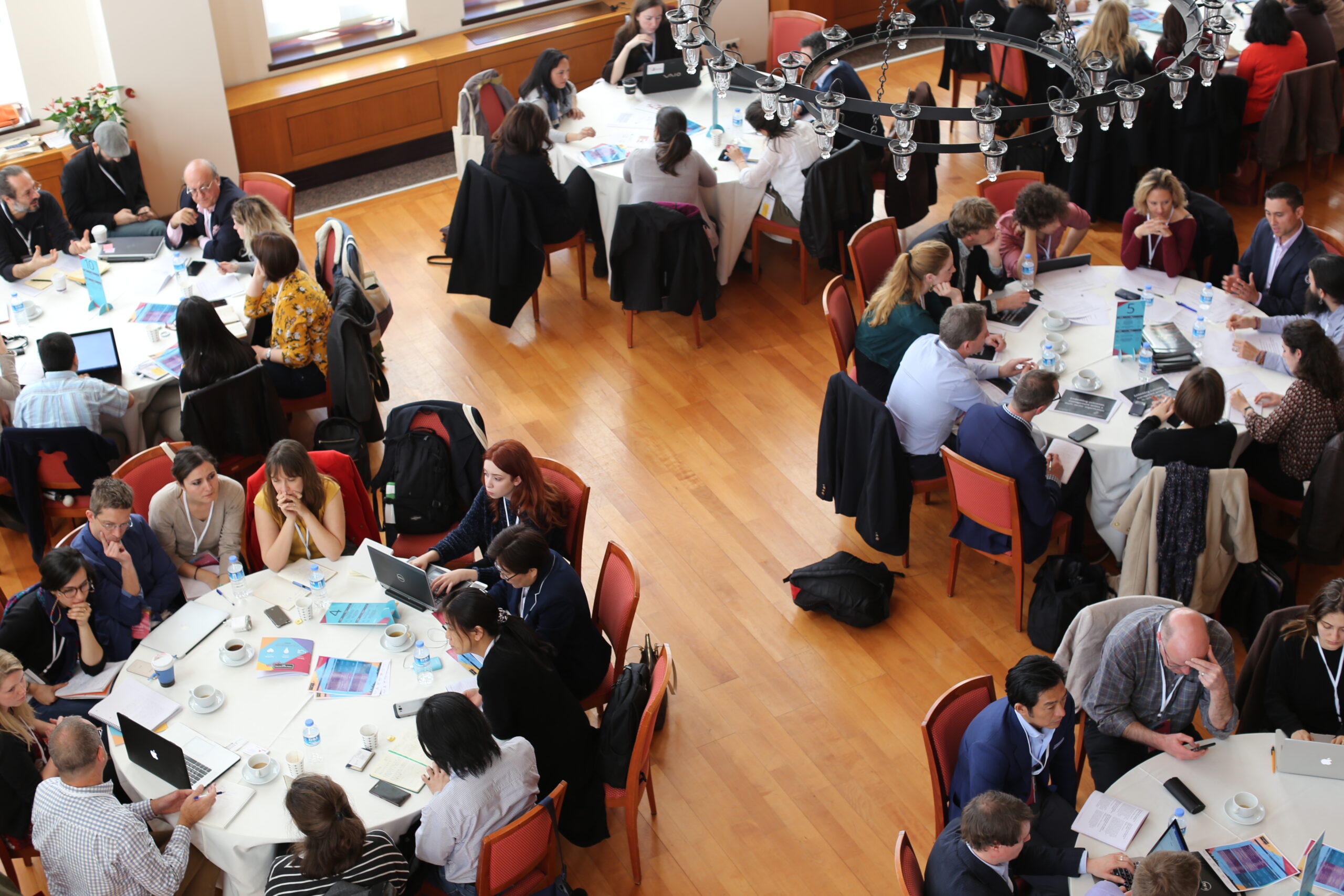 Social Value Matters, set amidst an uncertain political situation in Turkey certainly seemed to be aptly timed and placed to talking about how we as an international movement can have a stronger impact on increasing inequality and global uncertainty. For Social Value Aotearoa it provided a lot to think about and bring back to our work as a network and in support of our members. The three main themes of the conference (Amplify Voices, Inspire Change and Maximise Value) reflected well what we took away from the experience.

Amplifying stakeholder voices was a key focus throughout SVM17. Roundtables and workshops tended to be focused on the stakeholders we work with but weaved throughout was a strengthening of the Social Value networks as a collective voice. Pre-conference presenters dinners, breakfast meetups at the hotel and the network meeting held at the end of day one set the scene for a number of new relationships forged and a great opportunity to get a stronger idea of where the network sits as a whole. At the network meeting Jeremy Nicholls put it front and centre of our mind that our focus as an international should be how to raise the profile of Social Value and strengthen it as a movement for change. Translating this to our context, it became apparent that the time is right to begin working on strengthening the Asia-Pacific networks. With some of the more local networks being well established and others emerging many of conversations held throughout the conference with these representatives were about how we might leverage off our greater proximity to build off each other’s strengths and learn together, in turn strengthening the international network. The challenge is to make this come to fruition in some sense but the initial groundwork and thoughts have begun.

One of the aspects I was personally blown away by was being surrounded by people with such a depth of understanding and experience in all things Social Value. Each of the roundtables and workshops I attended gave a new perspective on an aspect of our work that as a network we can take back and share with our members. From Impact Bonds to Innovative Approaches to Valuation to Creating Enduring Impact there was a variety of topics which not only put our work at the organisational level in context of systemic change, but also offered new frameworks that would be applicable in the NZ context. Think Impact, for example have a framework for measuring changes in aspiration which is worth thinking about in the context of the waves of change our Whānau Ora members work through. Roundtables also offered new contacts for further developing our own resources and offerings for members. We have since been exploring relevant training programmes offered by international Social Value members that could add value for our own members beyond the existing SROI practitioner’s trainings we have been offering as well as looking into webinars or future podcasts to bring workshops offered overseas to our members.

As a network it was also a good opportunity to see that our own thinking in how we shift the conversation around Social Value is being reflected internationally. At the network meet, we discussed briefly how SVA is interested in supporting its members around the more practical uses of social impact measurement. Ben Carpenter had previously written about the shift in interest he was seeing in organisations towards impact management as opposed to measurement, and followed up the conference with a second article that picked up on similar conversations throughout the two days. One of the keynote speeches further emphasised this with a suggestion that there is a need to move away from focusing too much on perfecting measurement technique and approach at the expense of measuring value in a way that is both useful and relevant (more here). This shift feels exciting, less funder-centric and more stakeholder driven and being a part of this changing dialogue gives us stronger impetus as a network to drive it forward for our members.

At the first Social Value conference we attended we were a fledgling network, there to soak up the knowledge of others in order to solidify our own understandings of social value. This time round, our participation was not just about learning but also about sharing our unique point of view from the perspective of Social Value Aotearoa as a network as well as through Te Whanau o Waipareira as one of our members.

As a network we are one of the largest and offer an example for emerging networks of how to start and build membership. Other networks have been more considered in the kinds of members they want and what the foundation of their network is to be – a reflection of their own national contexts and what works for them. As an alternative, SVA has had a strongly grassroots approach, focused on connecting with likeminded organisations and networks and growing our own movement in response to where the members drive it within the context of the social value framework.

With Waipareira leading a roundtable as an SVA member, we also contributed to the conversation with our own experience and learnings. One of the key messages provoking most conversation during our roundtable was that measuring social value is not just an exercise to be performed alongside and as validation for our core business but can serve as a transformational guide in itself. As Waipareira’s experience demonstrates moving to social value (through its Nga Hua o Mataora) is an organisational journey that works because it aligns to its values (Te Kauhau Ora) but still must incorporate a process of change and transformation to infuse it through all aspects of its work.

While many of the participants had been a part of social value and its previous incarnations for years, as a newer SVI member we are lucky to be able to bring a practically-minded and risk-friendly approach to trying out innovative methods that seemed to provide an interesting example to those we talked to. The international network needs both parts to grow the movement The academics, the theories, the considered approaches inform the practice while speaking from the practice itself tends to translate easier across sectors, and makes it relevant and understandable for those who are new to the world of social value.